Cut the Rope is a leisure puzzle game. With lovely colorful 2D screen in the game, players need to cut the rope, and game level settings are very clever. Each level is independent of each other. Suction cups and other interesting props are used to collect glittering stars, find hidden prizes and unlock new levels! First of all, facing this game, players should think calmly, have a general understanding of the whole scene, and then conceive a general route to use every mechanism as much as possible, because the designer will not give you useless mechanisms. In addition, in the case of failure to open up the situation, players may as well create opportunities by sliding and borrowing force, which will have unexpected effects. Cut the Rope provides you with an innovative and fascinating new experience. Try a game that combines physics, tricky levels, and a priori picture. The game cuts the rope in an unprecedented way. You are believed to fall in love with this game if you play it.

• After careful consideration, cut the rope and avoid all kinds of obstacles and enemies;

• At some levels, it is very easy to collect three stars, but in some, which can be quite difficult;

• Avoid jagged nails, and pay attention to sly spiders, electric fields and others;

• Use various special tools to make Om Nom get its candy.

After entering the level, we can see the frog sitting below. There is a delicious candy above, but the candy is hanging by the rope!

Next, we need players to use their smart brains to see how to cut the rope to let the candy fall into the frog's mouth, which should hit the stars in the middle of the way, so as to score!

Generally speaking, it needs to take a certain number of stars to open the next level. 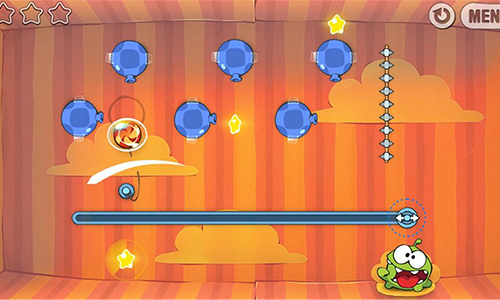 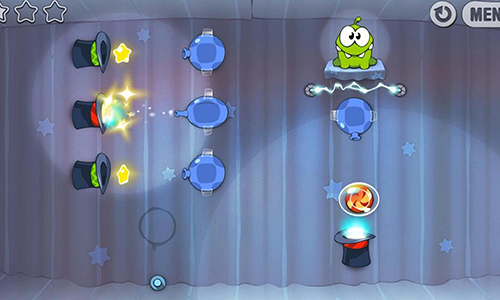 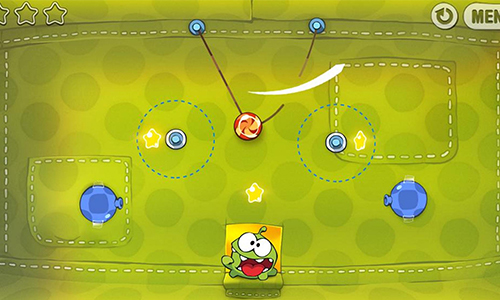 I actually wanted to post a brief note to say thanks to you for all the fabulous secrets you are giving at this site. My time consuming internet research has at the end of the day been rewarded with good quality strategies to share with my visitors. I 'd assume that we visitors actually are definitely lucky to live in a great network with many lovely people with interesting concepts. I feel very much lucky to have discovered the website and look forward to so many more amazing times reading here. Thanks once again for everything. russell westbrook shoes