Call of Duty: Ghosts is a shooting game released by Activision. The scene of the game is very spectacular. Based on the latest 3D engine technology, lots of improvements have made. The character design, actions and sound effects are pretty excellent, which will enable the players to have fun in the game.

The plot of the game is extremely rich, and even weapons and equipment are upgraded on the basis of high-tech. The main character of the game is an anarchist in his thirties, who is an old war-torn general. The map in the game also gets altered to be the latest version, so that the players can change tricks at their will or close the castle. The multiplayer model in the game is amazing. There are 20 new ways to kill, even your dog can help you to kill. At the same time, killing in Cranked mode can make you move faster, but you must kill enough people to activate the countdown; if the countdown is time up, you will be killed. Call of Duty will bring you a different and new experience!

Call of Duty: Ghosts not only has inherited the fast and smooth fighting experience that made the Call of Duty series well-known, but also introduced a new world outlook, which endowed the characters with more personality. And in terms of the multiplayer design, it makes a  bold and resolute reform, which makes the Call of Duty regain a new life. Although some of the alterations in combat have been overdone and complex, they have come up with ambitious new ideas in both this and next generation versions, giving the game valuable value worth playing repeatedly.

As far as we know, players will have a four-legged partner who can at least be involved in controlling the canine machine. This mechanical dog can enrich the tactics in single-machine mode, hoping to appear in multiplayer mode. This cute but deadly aggressive dog will win players a lot of killing rewards.

Actually, dynamic maps aren't new nowadays.  Battlefield 3 once used it as a stunt, but Infinity Ward obviously does better than its competitors.

In the multiplayer map, when players fight, buildings nearby may collapse at any time, the playing method in the Ghost will be a major innovation in this series. Thus every battle in the dynamic map battle special. This is not a bad thing, because the battlefield should be more noisy and filled with more unknown things. Infinity Ward has made a very beautiful move in terms of the dynamic map.

AI intelligence in Ghost has improved. That is to say, there will be more agile teammates and more deadly enemies. Former teammates only shout at you, and let you do this and do that. But in this game you will understand what is called cooperation.

Taking the diving scene as an example, it can be seen that even fish use basic AI control technique. When your mechanical dog is fighting among the enemies, you can observe the enemy's tactical arrangements.

In the game, players usually appear as winners, usually American, British, and Russian for the worst. Now we have a chance to play the role of being bullied. But as a player, no matter which side we choose, there will always be brilliant moment.

At the present, the plot of the game has not been revealed, but Infinity Ward claims that the United States has been attacked as always; and then as a ghost, the task is to protect survivors. According to the environmental details in the prevue, it can be seen that this will be a fierce battle.

6. The skill of leaning to one side

The skill of leaning to one side is seemingly simple, but plays an important role in combat. It can change the choice of tactics, improve concealment and survival probability, but also increase killing ability. As for changing the mode of combat, the practicability of it has been await for test by the players in the actual combat. No matter what kind of layers on which platform, they all will benefit from this combat skill.

In Ghost, players can customize the character in more detail. Previous works can also customize roles, but they mostly focused on skin and equipment. This time we can do more things, such as adjusting body size, and more detailed content, such as hair, eyes, skin color and so on. Players' characters will be more personalized as well.

Call of Duty is a fast-paced game, so are the  series against the background of the World War II. Now this series unexpectedly added the sliding-step skill. Sliding into concealment greatly changed the way of close combat. Combined with the skill of leaning to one side, the fight chancing will vanish instantly.

This deviates from the original mode of the Call of Duty to a certain extent, close combat and concealment will become the mainstream of tactics. Players' tactical choices are going to be more diverse and, in any way, a good thing.

Games released by Infinity Ward all need the support of the secondary screen, and some games will run on the auxiliary device.

The details of the secondary screen are unclear for the time being, such as what device can support and on what platform can run. The employees of Infinity Ward are indeed worthy of commendation if it is better than the CoD: Elites.

Well-calculated developer has generously released a free map this time, proceeding centered on a collapsed building. When the skyscraper collapsed, the original path is covered and replaced by a new battlefield. It seems that Infinity Ward has truly made a big move. If you don't plan to book, the map may be thrown into the compressed package. 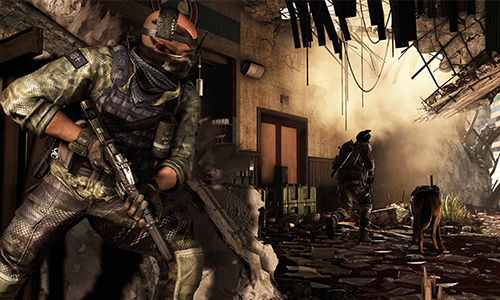 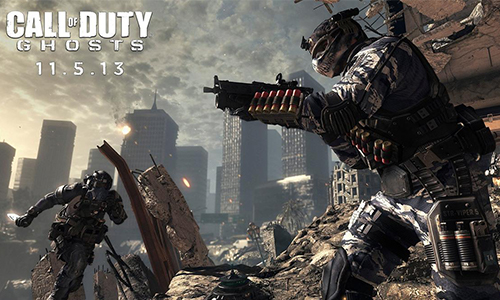 I'm also commenting to make you be aware of of the fine experience my wife's girl encountered checking the blog. She realized a good number of things, most notably what it is like to have a wonderful teaching mindset to have many others with ease completely grasp various complicated matters. You actually did more than my expected results. Thanks for providing the valuable, dependable, edifying as well as fun guidance on this topic to Gloria. yeezy boost 350 [url=http://www.yeezy-350.us.com]yeezy boost 350[/url]