The hot game "Fifth Personality" that I believe you have played this year, with suspense plots and scary background sounds, create a tense atmosphere. On the other hand, "Hello Neighbor," is an actual horror game, a bit like "Fifth Personality," allowing players a large amount of freedom in choosing how to play the game. It is said to make different effects depending on the players’ actions.

"Hello Neighbor" tells the story of a neighbor who lives opposite to the young boy (PS: the player). There is a hidden basement, where you need to explore the secret in the first part, and then as the plot develops, you will uncover the story about the neighbor and his hidden secrets one by one...

The icon of "Hello Neighbor" is the face of a huge neighbor, which gives the game a scary look. There is a short plot at the beginning of the game, which needs to be carefully watched because it is a small foundation for the following plot. At the beginning of the story, a neighbor's family was involved in a car accident. You know that the neighbor's wife died in the car accident. After watching the story, you can operate the little boy to open the front door and officially start the game. The game is initially played in the boy's house, opposite the neighbor's house. The whole painting style is very fresh, with 3D painting just like animation. It does not seem like a horror game.

"Hello neighbor" takes the first-person perspective. The first thing you need to know is that the whole game thread is to explore the neighbor's house. Although the whole picture is a street and it's so true that there are cars passing by on both sides of the street, all you can really do is your own house and your neighbor's house. The rest of the houses don't even have doors open...

As the online game plot introduces, it is a story with a touch of warmth. At the beginning, the neighbor actually had two children. When his wife died in a car accident, her daughter was killed by his son. In order to protect the son or to stop continue to slaughter, as a punishment he chose to shut his son in the basement and posted a missing notice, in order to cover up the fact. Later, the plot develops as the little boy (PS: main characters) made a dream, which is actually a little boy’s childhood shadow.

The third part of “Hello Neighbor” uncovers the dream has an educational meaning, like something you were scared of as a kid, and maybe you just didn't know it. The plot takes a step-by-step approach. It feels like playing a movie, but you have to pay to play parts 2 and 3... It's expensive.

With only five buttons, Hello Neighbor operates like most adventure games. The left hand controls the direction, and the right hand is responsible for jumping, squatting, picking up items, opening doors, throwing things and so on. It is worth mentioning that the operation of opening the door and picking up actually uses the same button. Long pressing it can pick up the item corresponding to the white dot on the screen. The white dot represents the center of the first-person view, which is advantageous for the players to pick up and throw. The same button controls the operation of squatting and jumping. Squat down when long pressing it. The middle button is for use. If the item you are holding has other application, you can click it.

The horror of the game "Hello neighbor" is its background music and the darker images in the later period. In the clear case of the first part, it creates a sense of chasing tension, by a tense background music and heart-beaten sounds in the pursuit of the neighbor. During the game, once the neighbors near, the whole picture will have distorted the shadow effect.

Game play is also very flexible, you can peep through the keyhole inside the room, or you can hide in the closet before being discovered to the next movement.

You can in "Hello neighbor" trick the neighbor, throw something at him, or make troubles, etc., which adds extra fun. It is worth mentioning that the neighbor's A.I. is highly advanced, and he will learn from what happens in the game and respond. even after you fail and replay, the reaction will still be there. The neighbor will adapt tactics to stop you in progressing, so the game full of uncontrollability and lots of fun.

However, "Hello Neighbor" also has operational defects. In the first part, it is difficult for a player to jump into the roof. Due to sensitivity and operational problems, it tends to fail to jump up or easily miss. And players will be dizzy with the 3D first-person perspective during the intense searches. 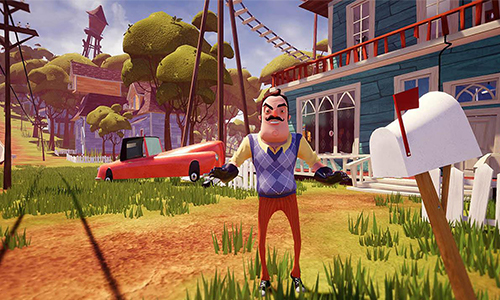 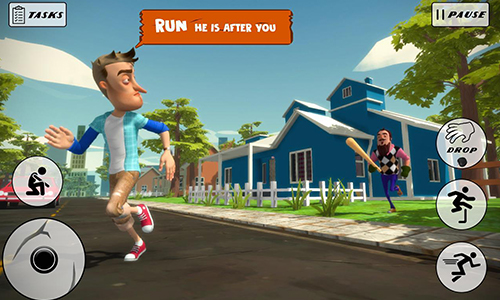 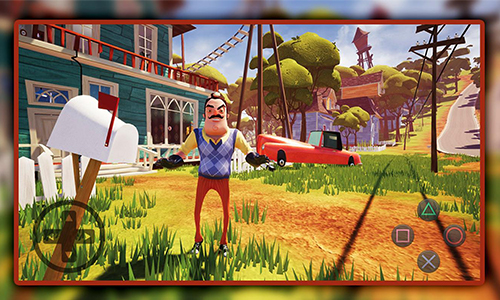 Thank you for all your valuable effort on this site. Betty really loves working on internet research and it's obvious why. Most people learn all relating to the powerful mode you deliver great guides on your website and as well as welcome response from visitors on that topic and our favorite daughter is actually starting to learn a lot of things. Have fun with the remaining portion of the new year. You're carrying out a terrific job. golden goose outlet

I intended to create you this little bit of observation just to give many thanks over again considering the beautiful techniques you have discussed at this time. This has been really seriously generous of you to present unreservedly all numerous people would have made available as an e book to help with making some profit for their own end, principally since you might have tried it if you ever wanted. These ideas in addition acted to be a great way to understand that some people have a similar keenness the same as my very own to understand many more in terms of this condition. I am sure there are several more pleasurable situations in the future for those who see your website. authentic jordans

I not to mention my guys came checking the great hints on the blog while all of the sudden developed a terrible suspicion I never thanked the web blog owner for them. Most of the young men are already as a consequence thrilled to study them and already have actually been taking advantage of those things. I appreciate you for actually being considerably helpful as well as for pick out varieties of very good subjects millions of individuals are really desirous to discover. Our honest apologies for not expressing gratitude to you sooner. kyrie 6