Despicable Me Minion Rush is a funny runner-based casual game with minions as the theme. In the game, the player who acts as a minion, will be chased by a strong man, because he steals something from his neighbor. You need to keep running. Don't get caught by a strong man. Don't forget to eat bananas while running. Bananas can also be used in trading, allowing you to purchase awesome characters and clothes from the online shop. Different characters also have special skills, so if you're interested, download Despicable Me Minion Rush and try!

It's based on the movie Despicable Me, produced by the game giant Gameloft. The classic scenes in the game are familiar to most players, so don't miss your favorite friends. Gru's loyal and raving minions are now preparing for their most brutal challenge yet in Despicable Me: Minions Run. The minions run forward and try to collect the bananas on the map. As one of the minions, players compete with others to collect bananas on the map and win the recognition of super villain Gru! Run, jump, fly, dodge, trick, collect bananas, beat the bad guys and fight for the minions of the Year!

• Begin your run as the beloved Minion Dave and race through exciting, fast-paced missions.

•  As you collect more Costume Cards, unlock other lovely Minions!

• Explore new areas to pick up props and fight against evil bosses!

• Explore the secret area to pick up cool props and fight against evil bosses!

• Enjoy a variety of rewarding modes.

• Turn into giant minions and destroy everything in your path

• Unlock new props and get ready to explore the moon!

• Have fun with your friends! Check out their best results, send them minions’ taunts and challenges to become Minions of the Year! 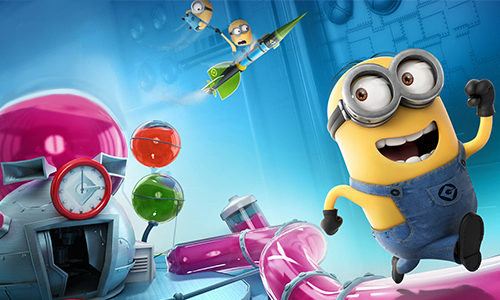 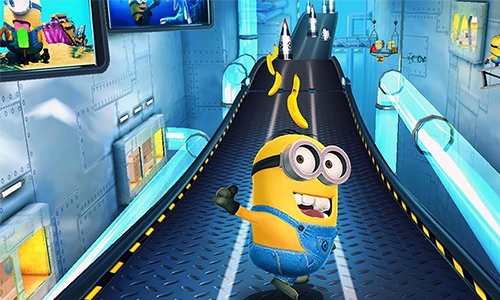 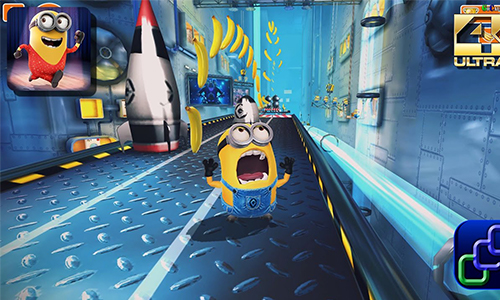